All of these models are shown in Lego Digital Designer files which is a free 3D CAD program from LEGO.

Instructions: At the bottom of each image is a link to download that LDD file. Depending on the capabilities of your web browser, you may need to left-click or right-click on that link to access the menu to open or save the file. If you try opening the file and it doesn't look like it worked, try the Save file option.
If you save the file to your computer, make sure you note where the file is located so that you can then open it from that location in LDD.

Did you create your own robot design and want to add it here? If so, I'd be glad to post it on the website--providing that it is an actual robot and not just a collection of parts.
Just bring the LDD file on a flash drive to the next RoboClub meeting.

The missions in the 2017 Hydro Dynamics season involved collecting working with water (collection, processing, disposal). Here is a LEGO EV3 robot we designed for this event.

The missions in the 2016 Animal Allies season involved collecting and interacting with animals. Here is a LEGO EV3 robot we designed for this event.

The missions in the 2015 Trash Trek season involved collecting and sorting trash. Here is a LEGO EV3 robot we designed for this event.

It may help to build this model as separate components which are attached later. 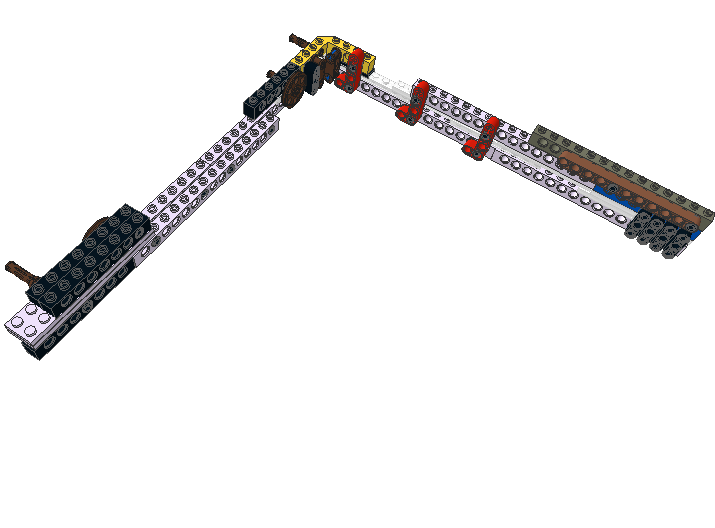 There were several events in this year's May Madness season. One of them was based on the VEX IQ Challenge for 2014/15.

Here is a Lego NXT robot we designed for this event.

It may help to build this model as separate components which are attached later.

There were several events in this year's May Madness season. One of them was a Robot Race. While originally planned as a race of bipedal robots, the event was expanded to include wheeled robots as well.

Here is a Bipedal robot we designed for this event.

The team decided to try building two different robots for this season. One was going to use tank treads and the other was based on the ExoForce green wheels.

The treaded robot uses two touch sensors to help align with the wall on the game board. The ultrasonic sensor is used to detect distances to the Earthquake mission and the Raise Sign mission. One simple axle serves as the lone attachment to retrieve objects.

The ExoForce green wheeled robot did not have the ability to turn. But it was able to scale the different terrain obstacles and to do some of the other tasks that did not involve turning.

LDD Plans:
Download Model
Building Instructions in HTML The obstacle mission is a definite challenge that proved very difficult for the tank tread robot shown above. The reason was the poor clearance created by the low tank treads. A robot with higher clearance would be better able to climb over the obstacles. Various designs were tested and most proved unsuccessful. However, since the obstacle mission requires no turns, it was discovered that one motor diving the front wheels and a separate motor driving the back wheels provided enough traction and torque to get the robot over the obstacles. The non-turning robot has some limitations in the missions it can perform. It was successful in at least two missions: tsunami and the obstacles. 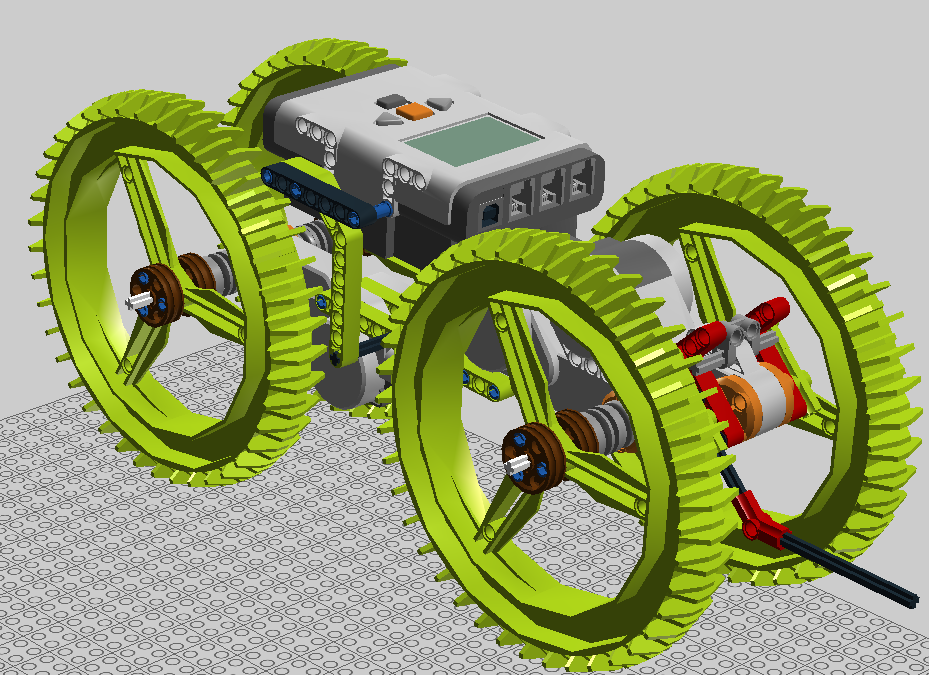 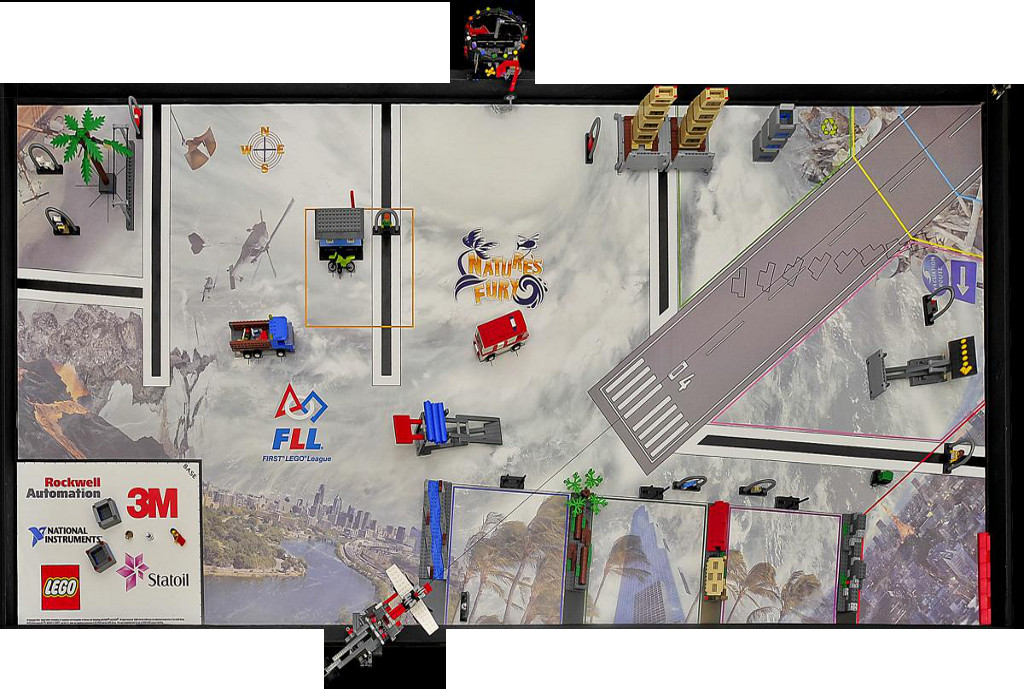 This robot was used for training on how to navigate a robot. Move forward x inches. Turn a certain number of degrees. etc. etc. 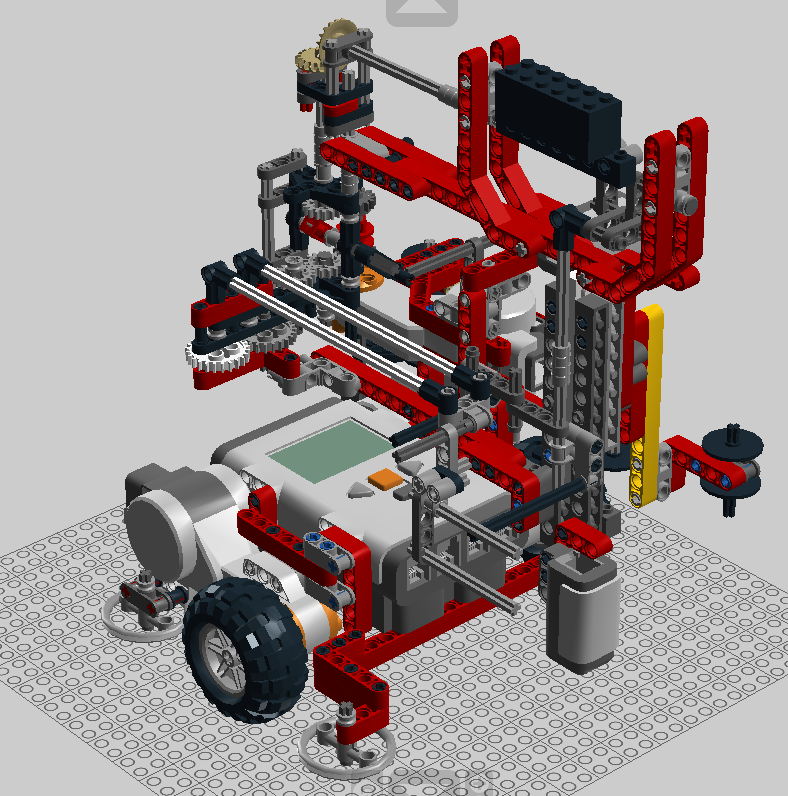 Description of the Disk Golf Competition 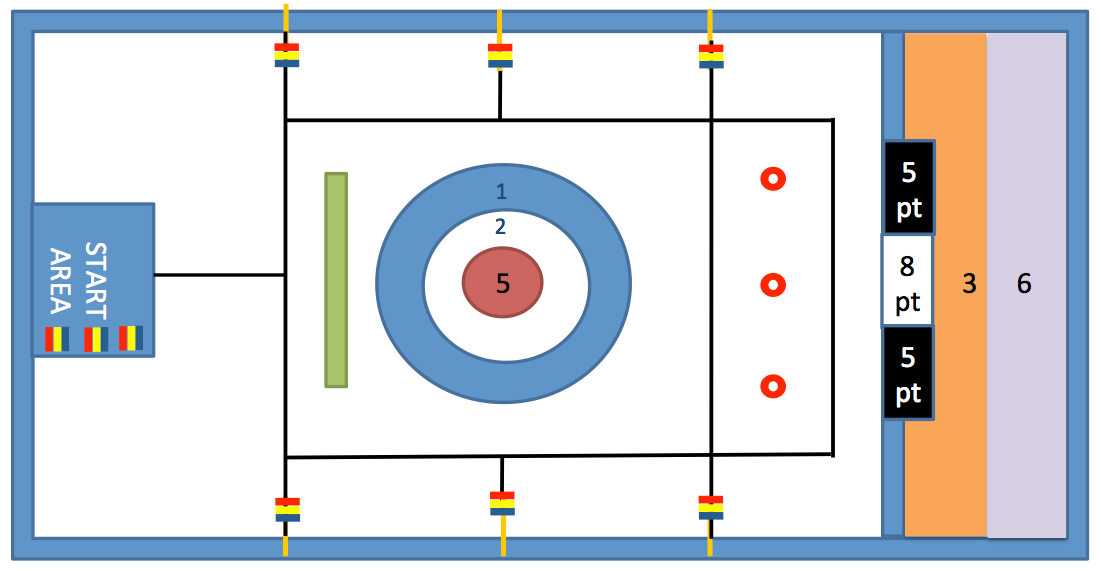 Rules (./documents/MayMadness2013Rules.doc)
Description of the rules for scoring.

Board Setup (./documents/MayMadness2013Setup.pptx)
Instructions for the setup of the board