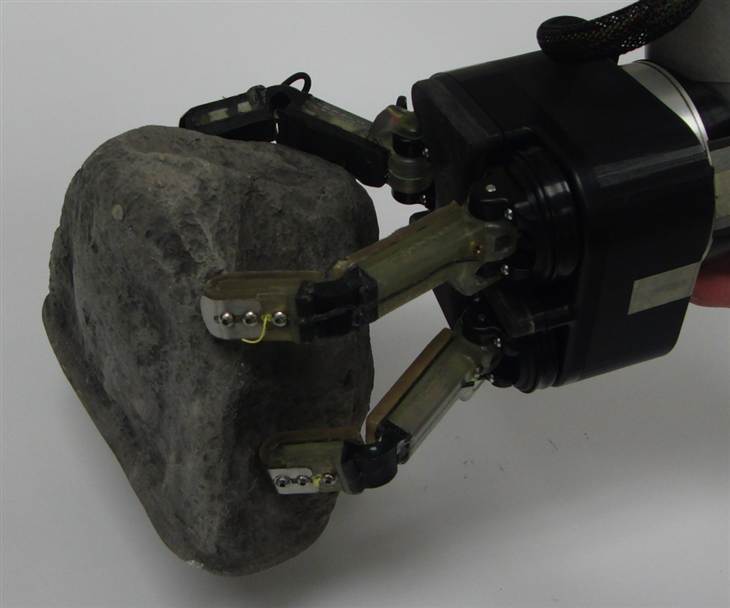 A robotic hand strong enough to lift a 50-pound weight yet so nimble it can pluck up keys from a table demonstrates real capabilities of a coming generation of robots that will be at work everywhere, from the battlefield to the construction site.

In a segment of a video compilation that was just released publicly, the three-fingered hand picks up a drill, and uses it to bore a hole through a narrow piece of lumber.

The hand was developed by iRobot, the company perhaps most famous for its Roomba vacuum cleaner but also a major player in robotics research for the U.S. Department of Defense. The hand itself was developed under the department's Autonomous Robotic Manipulation program.


"What we were tasked to do was to develop a brand-new hand that was more capable, more robust, more dexterous and [can be built] at a lower cost than any hand available on the market right now," Mark Claffee, the principal robotic engineer at iRobot Research, told NBC News.

Claffee and his colleagues have spent the past two years working on multiple prototypes of the hand, a few of which are seen in the video. The most capable version is the one with black housing and black finger pads, seen doing everything from palming a basketball to lifting weights.

"That hand has 5 degrees of freedom, three fingers as you can fairly clearly see, and is based on compliant finger technology â it has fingers that are flexible so â¦ as you try to grasp something the fingers will bend and give and conform to the object you are trying to grab," Claffee explained.

The robotic hand will never replicate the sophistication of the human hand, but should ultimately be capable of doing about 80 percent of the tasks we do with our hands, he noted. 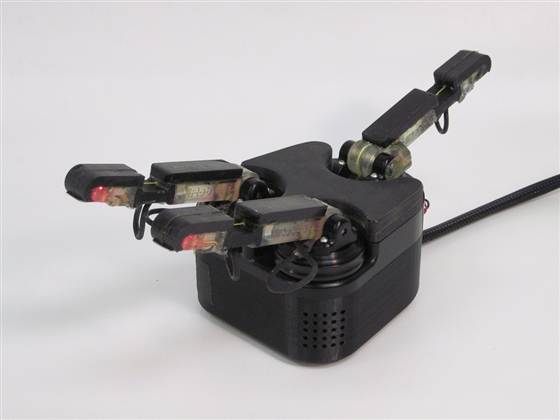 The robot hand has five degrees of motion and three flexible fingers that bend and conform to objects.
Where the hand will ultimately be used is, for now, unknown but "you can imagine some of those things we've learned, some of the technologies developed, in future applications," Claffee said.

Software teams are being asked to write simple control algorithms that require only "high-level direction" from humans, according to the Pentagon's Defense Advanced Research Projects Agency (DARPA). In the absence of the human master, the robotic hand will use "local sensors for perception."

For DARPA, at least one area of interest is in an autonomous robot that could be sent out onto a battlefield to rescue a fallen soldier. This technology could also wind its way into iRobot's future industrial and commercial machines. If the drill handling is any indication, construction workers everywhere should take heed.