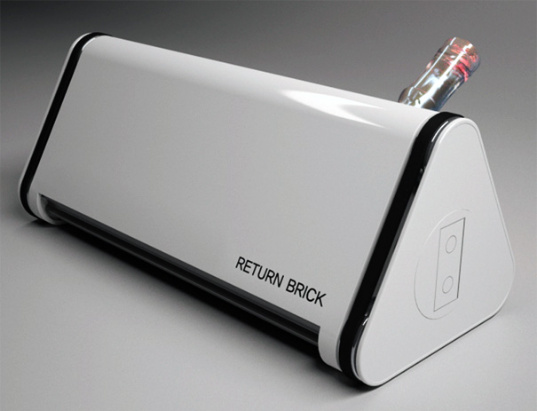 What if there was a machine that could automatically collect rubble from torn-down buildings and transform the material into new bricks? That's exactly what designers Youngwoo Park, Hoyoung Lee and Miyeon Kim are proposing with their "Return Brick" recycling machine, which could help keep construction materials out of the landfill. The little robotic machine would search for small fragments of brick and concrete, grind them up, and reform those pieces into new Lego-like bricks, which are easier to stack and build with. 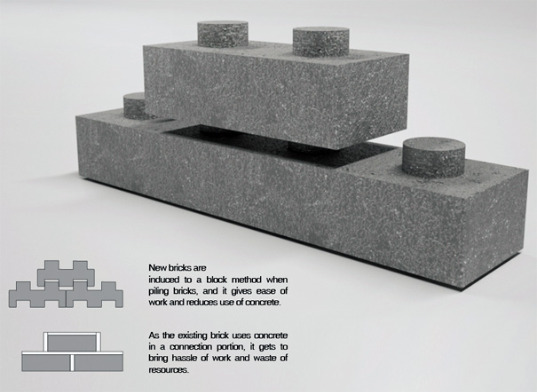 89% of construction waste is brick and concrete, so there is a large amount of material that could be recycled if only it were properly collected. Return Brick is a small robot that rolls around trolling for rubble, sucking up small pieces of concrete and brick. After it has enough material, the crusher begins to break the waste down into even smaller bits and then water or a hardening agent is sprayed onto the material. Next a compressor forms the powdered material into a solid brick and spits it out the side. 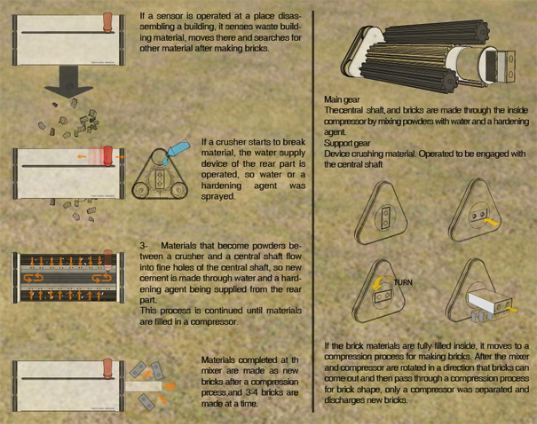 The newly formed bricks looks a bit like a Lego blocks and stack the same way, overlapping and connecting with the pegs and the holes. In theory, the newly formed brick provides similar structural stability with less material. If only a machine like this already existed - it would be perfect to help in the reconstruction of Haiti after the earthquake. Companies should already be working in Haiti to recycle the debris in order to rebuild, but with this robot they could rebuild even quicker. 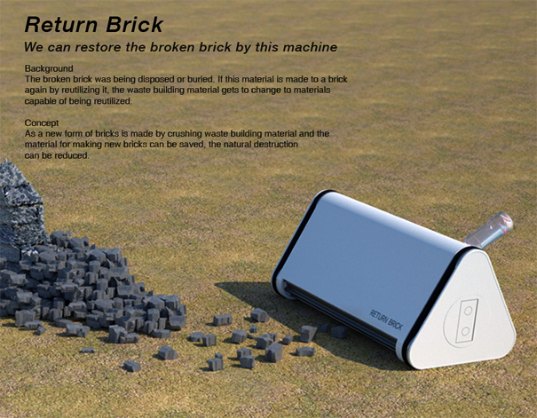 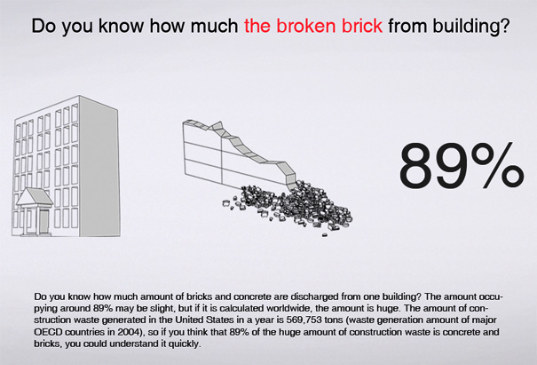 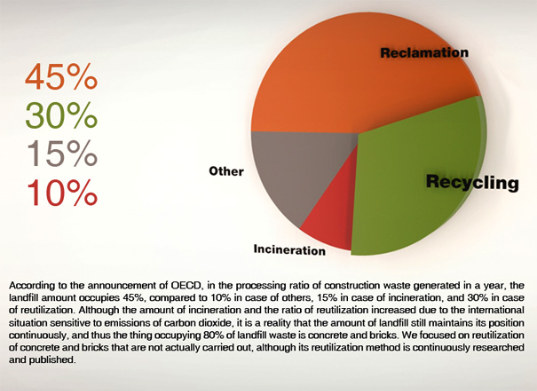